“Sing to God, sing in praise of his name, extol him who rides on the clouds; rejoice before him—his name is the Lord. A father to the fatherless, a defender of widows, is God in his holy dwelling.” – Psalm 68:4-5

When praying for wisdom, some people expect an answer to come almost like a bolt of lighting giving them just the right insight to solve their problem. Others believe all they have to do is pray and they’ll receive supernatural knowledge at just the right moment. Although God does and has provided wisdom in these matters, there are many ways that God imparts wisdom. Sometimes, it’s by revealing a weakness in your own character that helps you grow in your relationship with God and with your fellow man. The Bible says in James 1:5, “If any of you lacks wisdom, let him ask of God, who gives to all liberally and without reproach, and it will be given to him.” When God asked Solomon in 1 Kings 3:4, “Ask! What shall I give you?”  He was so pleased with Solomon’s request for wisdom that God blessed him abundantly with knowledge – so much so that he was known far and wide as the wisest king who had ever lived. God gave King Solomon a kind heart, compassion, and a genuine love for others. It’s good to remember that the best reason to seek wisdom is not to win the lottery or to be smarter than everyone else, but rather to enrich your relationship with God, your family, friends, and all those around you. This scripture sums it up quite well in James 3:17: “But the wisdom that comes from heaven is first of all pure; then peace-loving, considerate, submissive, full of mercy and good fruit, impartial, and sincere.”

QUOTE FOR THE DAY:

TIP OF THE DAY:

With more of us now working from home, there are a few good incentives to switch your billing to e-billing and away from paper bills being sent in the mail. First, it’s easy to switch, and you can manage all of your bills and banking from your computer or smartphone. But it’s also more environmentally friendly. In the United States, “hard copy” paper bills generate close to 2 million tons of CO2 and also make up one of the biggest contributors to municipal solid waste. The Bible-based hit series The Chosen passed 400 million worldwide views during the past month, according to new data from its studio that also shows the project is a viral sensation in other countries, such as Brazil.

As of Thursday, the series had been viewed 405,268,000 times worldwide. Directed by Dallas Jenkins and distributed by Angel Studios, The Chosen is a multi-season television series about the life of Jesus and the disciples.

“You did it! Thank you for getting us that much closer to a billion today,” a message on The Chosen Facebook page read.

The series is a global phenomenon. In Brazil last month, the series app entered Apple’s Top 10 among the most popular free apps. It has been viewed nearly 70 million times in that country alone, according to data on the Angel Studios website.

On Thursday, the app’s community room included messages from viewers in Mexico, Colombia, Nigeria, New Zealand and India – all applauding the series.

“It made the Bible come alive in my life,” a message from someone in Zambia read.

Here in the United States, The Chosen landed No. 8 in April on Roku’s list of searches, according to Variety. It was two spots ahead of Spider-Man: Far From Home.

Similar to data on YouTube, the 400 million number represents views, not individual viewers. Angel Studios has a goal of reaching 1 billion people with the series.

Thus far, it has been viewed by 94 million people, according to Angel Studios estimates.

Season 3 of The Chosen is currently being filmed.

Jenkins recently said that the reaction by fans of the show has encouraged him. People, he said, are coming up to him and saying, “The show has completely reignited my faith in Christ. The show has brought me closer to Christ. The show has made me focus less on religion and more on Jesus – and my kids who never watch anything faith-related now want to watch it and [are] loving it.”

“God is really doing something immense,” Jenkins said. “And the proof that it’s God-driven is in the fact that what they’re saying is, ‘I’m reading my Bible more than ever. I’m praying more than ever, my relationship with Jesus has been reinvigorated more than ever.’

“Every now and then,” Jenkins said, “it’s good just to be reminded of why we’re doing it.”

Michael Foust has covered the intersection of faith and news for 20 years. His stories have appeared in Baptist Press, Christianity Today, The Christian Post, the Leaf-Chronicle, the Toronto Star and the Knoxville News-Sentinel.

Secular Entertainment in the Tri-State Area

Find all the best entertainment – only at https://craigktyndall.com/secular-entertainment-in-the-tri-state-area/ 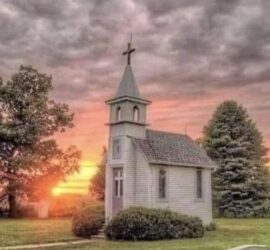 SWEETER THAN HONEY Oh, how many of us love sweets!  Birthdays bring cakes frosted with clouds of icing, topped with scoops of ice cream.  Of course, sometimes we enjoy them too much ... 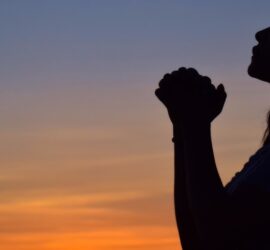 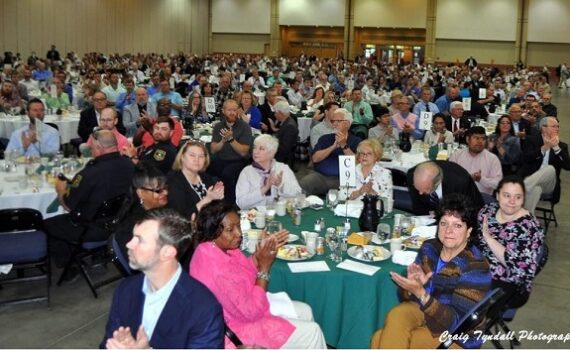 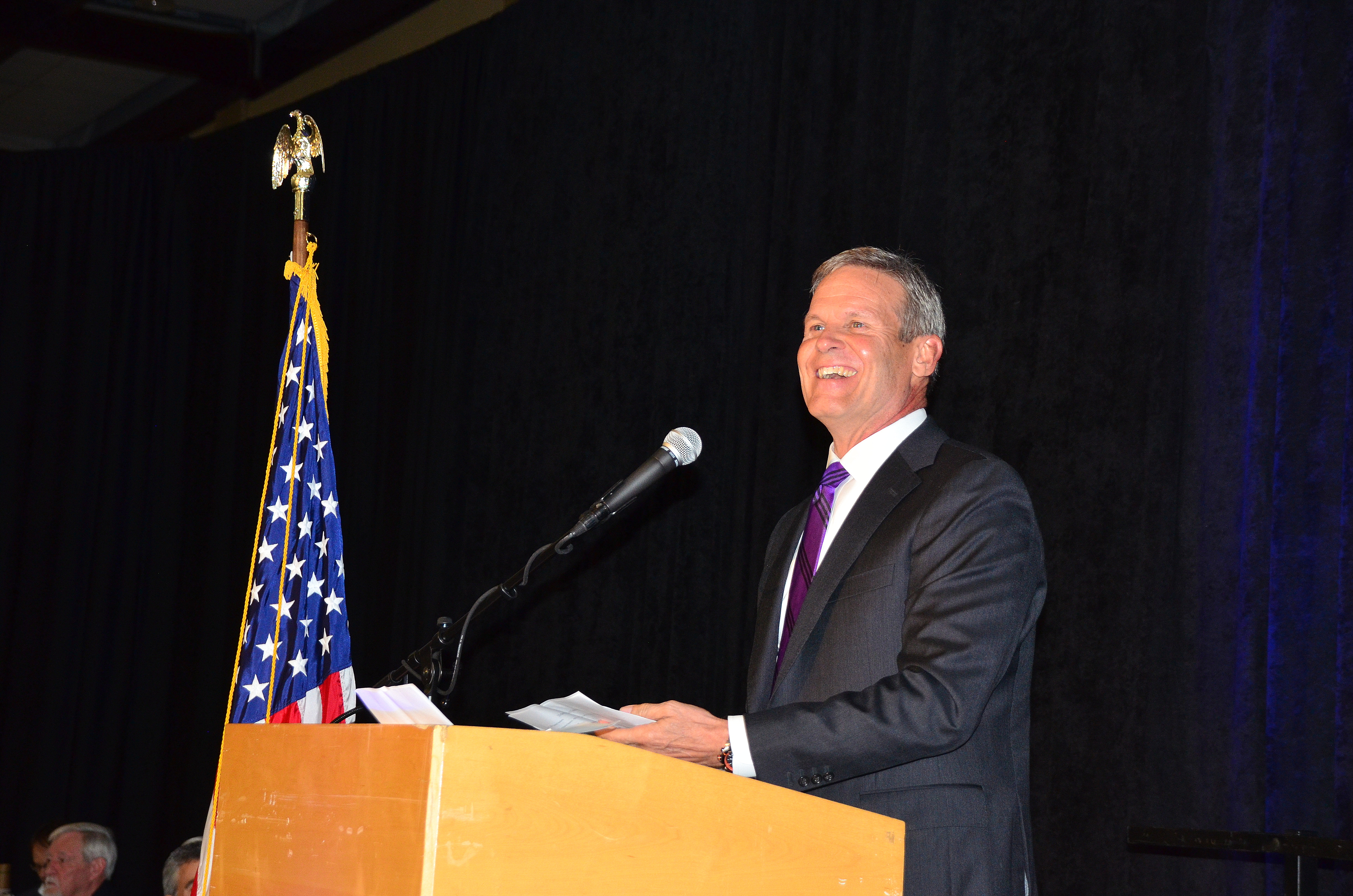 See the entire event at https://craigktyndall.com/gallery/42nd-annual-chattanooga-area-leadership-prayer-breakfast/ 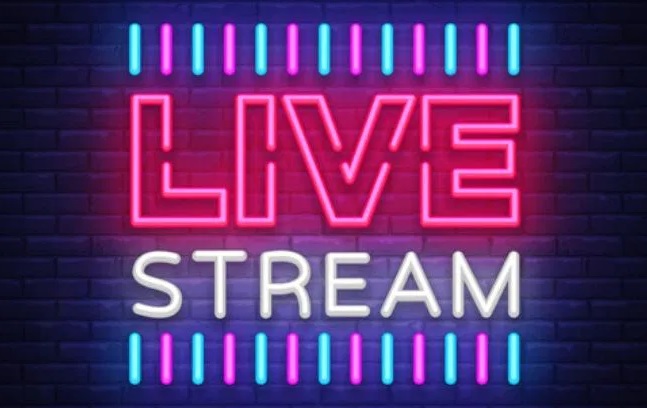 Musician’s Guide To Beginning Live Streaming In this article, you’ll learn how to do a live stream on Facebook. With the closing of bars and restaurants, live music has been hit hard by the coronavirus. We have suggested that musicians shift to online offerings for their audience. Have you thought […]

Find all of this week’s worship services at https://craigktyndall.com/worship-services-2/

ChattanoogaEntertainers.Com and ChattanoogaAreaChurches.Com are being discontinued – mostly because I can’t keep up with everything that is happening any longer.

At this time, I not really sure what content from the 2 websites that I will continue with.  For the time being, I will try to keep the Christian Entertainment Calendar going, The Worship Calendar, as well as the Entertainer’s Prayer List.

You can let me know of any information that you would like included by emailing me at craigtyndall43@gmail.com.  All other email addresses are also being discontinued.

Most of you know that my real passion, and God-given talent, is photography and that is what I am going to concentrate on from now on.  Especially Gospel concert photography.  I have over 10,000 unedited photos from Gospel concerts that I plan on editing and publishing in the next few months.  I also want to publish a book of Gospel Concert Photography.

I really appreciate all of you who supported me by letting me know where and when you were performing and I will try to share your upcoming events on my Facebook page if you will let me know about them.

On my new website – https://craigktyndall.com/ – I will be posting daily devotionals (Monday through Friday) along with positive quotes, tips that you can use for a better life, other positive information, and LOTS of photos.  PLEASE – let all of your friends know about CraigKTyndall.Com.

Thanks and God bless you.

Secular Entertainment in the Tri-State Area